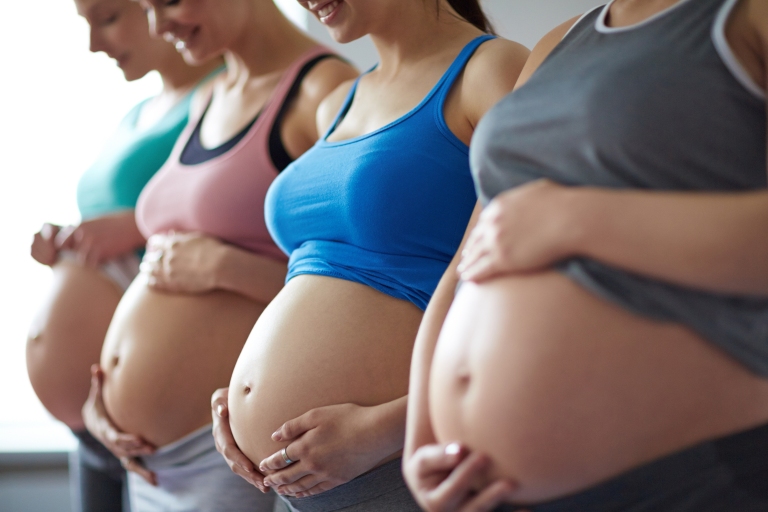 As over a year has passed since the start of the pandemic, many Western countries are experiencing alarming declines in birth rates. The United States, France, Spain, Portugal, and Italy are all witnessing record low total fertility rates, speeding up the  ongoing trend of ageing populations.

In Finland, by contrast, fertility is on the rise. Despite all hardships, more Finnish millennials are now having babies. The trend promises to continue well into 2021, as more families are visiting prenatal care centers and applying to receive their baby box.

The media has been keen to highlight this Finnish exception, depicting a baby boom despite Covid. But what is actually going on? The question is tricky since total fertility rates can be quite erratic anyway, especially on a monthly and yearly basis. We also need to sort out whether the pandemic altered already ongoing trends, and if so, how. Here is my educated first guess from a Helsinki viewpoint: no baby boom, but also no bust, and maybe even a modest boost.

Firstly, a slight recovery in low fertility rates does not equal a baby boom. Throughout the last decade, birth rates declined in several high-income and previously relatively high fertility countries. Changes in the Nordic countries were perhaps especially surprising, given their good track record regarding gender equality, parental leaves, and early childhood education. In Finland, notably, the number of babies born fell by a quarter and total fertility rates shrank from the high-point in 1.87 in 2010 to 1.35 children per woman in 2019 – the lowest ever recorded in the Nordic countries. As the Figure also shows, in 2020 there was a slight recovery in Finnish total fertility rates, up to 1.37.

The Finnish fertility decline characterized most age groups and demographics and was mostly due to fewer first births. This suggests a broader cultural explanation, including the shifting life style preferences and uncertain future prospects of young adults documented in our family surveys.

This spring, Finnish journalist Ronja Salmi, who is 28 years old, discussed the impact of the pandemic in a radio talk show 23.4. According to Salmi, for many of her generation the pandemic may have strengthened the resolve to make big decisions in life. To the millennials, the multitude of options in life may even feel constraining, while staying at home can lead to more young adults having babies or settling down in other ways, and earlier than they would perhaps otherwise have.

That the modest recovery in Finnish fertility in 2020 has not been reversed by the pandemic in 2021 is remarkable. Sometimes nothing happening is an achievement in itself. We are certainly still a low fertility country, but the recuperation of birth rates has so far not been hampered by Covid-19. No boom, but also no baby bust.

Babies conceived during the first four months after the onset of the pandemic were born in December 2020 to April 2021. Birth statistics show that live births increased with 6% compared to the same time period one year earlier. Just before the pandemic, in December 2019 – April 2020 births in increased with 3% compared to the same period one year before. Until then fertility had decreased for many years, as shown in this Figure.

Of the babies conceived during the pandemic so far, 42% were their mother’s first children, 34% their second child, 14% were third and 10% fourth children. Statistics show no big changes in whether women have their first, second, or third and subsequent children in these recent births. If anything, we the long decline in firstborns may be ending. This would be interesting, since the fertility recovery during 2020 was driven by second and subsequent child births, as illustrated in the figure below, showing changes in intensity of births compared to the situation in 1990.

Is it even warranted to talk about a boost to fertility?

Based on surveys from several countries, we know that some people have postponed or renounced having children as a consequence of changed conditions during the pandemic, while some on the contrary have decided to have a child earlier or to have more children than additionally planned. Unsurprisingly, those delaying births tend to be socially and economically worse off. Those who felt empowered to have babies had more stable and secure life situations, and often describe a change of values and aspirations.

In the United States, the ratio of delaying vs. accelerating childbearing is around 2:1. For instance, the Guttmacher survey about the early impacts of the pandemic reported that 34% of women had lowered their fertility intentions while 17% had raised them. Another survey from February 2021 similarly found that 31% of women had delayed childbearing and 15% planned to have a baby sooner.

Arguably, the baby-boosting pandemic effects may be especially great in Finland, which is a Nordic welfare state with overall high levels of population health, wellbeing and trust. Finns have quite a good track-record of handling the pandemic: the government reacted swiftly in Spring 2020 and de facto managed to suppress Covid-19 for that summer. At no point did the hospital system become overwhelmed, Finns mostly follow restrictions very obediently and trust in the government has remained high.

As the Living, Working and Covid-19 surveys also show, Finns excelled in moving life online: the ease of first switching to distance work in Spring 2020, and now of combining distance and office work, is among the best in Europe.

For childless couples, staying at home while still feeling sufficiently economically and socially secure, may have nurtured the change in priorities.

For those who already had children, the effects of the pandemic were obviously different. Yet again, is it possible that the increased burden of household work and child care on parents, and mothers especially, was not felt as acutely here as in many other countries?

Before the pandemic, the vast majority of Finns were satisfied with their possibilities to combine wage work and parenting, and 37% of men and women living with a 0–16 year old child worked online occasionally or regularly, as reported in Väestöliitto’s Family Barometer 2020. When schools had to be closed due to the pandemic, online schooling mostly worked well. Child care services remained available to essential workers and other parents who acutely needed them.  Finnish fathers of small children also do participate more in childcare than in most other countries.

This is not to paint too rosy a picture: Finns are notoriously bad at talking and hugging anyway, and for many of us last year reached inhumane levels of loneliness, the mental and economical tolls of which will be felt for decades. Neither do we have but the first and early data on fertility effects of the pandemic, which will also need to be carefully compared, especially with the other Nordic countries, in order to disentangle causes and consequences.

Given the decline in Finnish birth rates throughout the 2010s, a rebound was expected. With a total fertility rate around 1.4, we are still a low fertility country. To date, it nevertheless seems that Finland’s successful handling of the pandemic politically and socially did not squash the ongoing modest growth in fertility, and may even have boosted it.

Thanks to Timo Nikander at Statistics Finland for parity-specific monthly data.

Data digression: for those interested in the historical perspective, you can follow births from 1751 and, quite amazingly, live births monthly from 1900 until today. The latter reveals that monthly fluctuations were way higher during the wars of the 20th century than today, with double digit declines and recoveries. Spring 1946 had a whopping 59% increase in births compared to January-April 1945.

2 kommenttia artikkeliin ”Is Finland having a pandemic baby boost?”

This site uses Akismet to reduce spam. Learn how your comment data is processed.